An eminent group of professors will share their expertise and research at a History Convention celebrating Egyptian, Mayan and Greek civilisations of the past. They will explain and describe key events and show where these are located on a historical timeline. They will bring their specialism to life by engaging the audience and answering your questions. As well as gaining an overview of each civilisation, they will undertake in depth studies to gain greater insight into these times. To deepen their knowledge of the ancient civilisations and empathise with life in the past, the children will create stories set in times gone by – they will create historically accurate settings which transport the reader to the past; imagine characters showing their status in society and their position; and develop a gripping tale to entertain their audience. At the end of their study, the children will attend a graduation ceremony where they will receive their much-deserved award.

We had a surprise video message from Professor Jerry at the University of Ancient Civilisations....

Professor Jerry told us that we had been challenged by the University to learn all about three ancient civilisations. Once we had learnt about them, we were to create a video to teach other KS2 children about them. Our work is to be submitted to the university and we will awarded a degree!

Throughout the project, we will earn credits (by using skills of a historian) which will add up to a degree.... what will we earn?

To learn about ancient civilisations, and explore some key vocabulary, the university supplied us with Top Trumps!

As part of our project, it would be important to also learn about Geography in order to understand some of the History. We found out where Greece is on the world map and thought about its location in relation to the UK: we decided that as it is closer to the Equator, it will probably be warmer and drier than the UK.

Once we had established this, we began to explore the physical features of Greece: mountains, peninsula, warm and dry. However, we decided this wasn't enough - we are historians! So what is the impact of the geography on the development of the civilisation.

Next it was time to learn about life in Ancient Greece. We were going to write The Daily Olive Branch!

In groups, we researched a different aspect of Ancient Greek life:

We then wrote our own adverts for The Daily Olive Branch to demonstrate our knowledge and teach the other members of the class about the aspect of Greek life that we had researched.

We looked at comparing two famous city-states:Athens and Sparta! Then, the children had to decide where they would have preferred to have lived and why.

We ad lots of interesting discussion about democracy in Athens and how with men only being allowed to vote in Athens; 5-6 thought this was very unfair and so this led to a discussion about how it was a step towards our current system but that we can't apply modern day values to ancient civilisations.

Once the children had the facts and had used comparisons to draw conclusions about Athens and Sparta, they created a persuasive written piece to teach someone else about the two states The children had to choose an opinion and use their writer's voice to get this across as historians often have their own viewpoints about a historical event. Can you tell which city -state children chose?

Now, the Ancient Greeks left us with a legacy; they influenced lots of future civilisations with democracy, language etc. but the Year 5 children were really interested in the Olympics and their history.

They put their research, note taking and selecting and organising skills into a real life situation: could they teach Year 6?

In order to prepare for our seminar research (an important part of being a historian), and to learn more about the Ancient Greeks, the children in 5-6 completed an independent line of enquiry: research about Ancient Greek religion.

They used the learning value of independence to decide how to approach their research, how to present their research and work to a deadline.

Below is the work produced: Professor Jerry was very impressed! 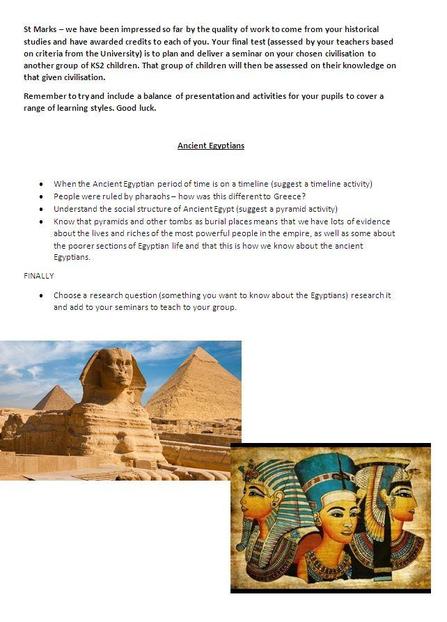 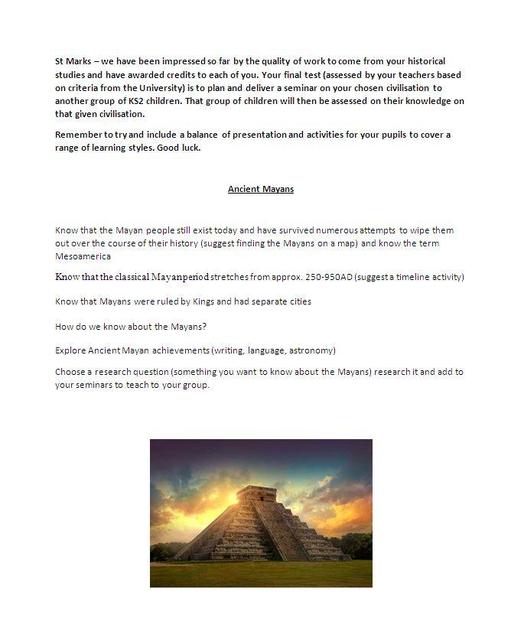 Seminar day arrived! The children had researched their civilisations, prepared powerpoints, word searches, timelines, quizzes and all sorts to teach their group about their given civilisation. See the photos below for our seminars being delivered!

We were awarded our certificates.... we did very well!